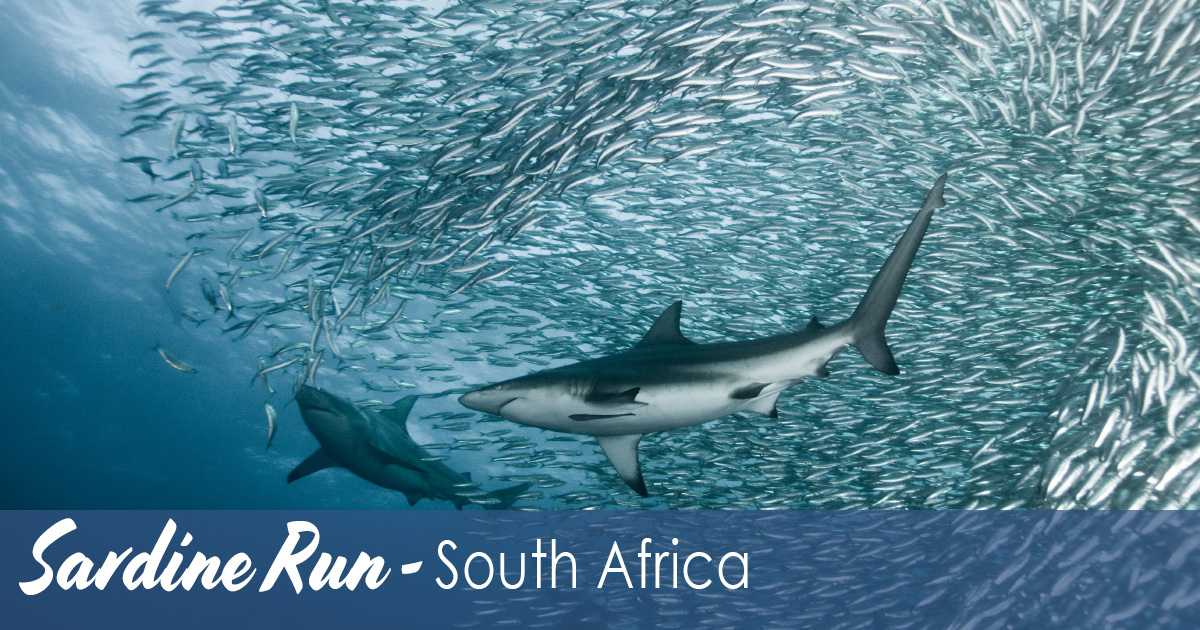 The Sardine Run in South Africa is arguably one of the most fantastic nature spectacle on our planet that does not shy away from comparison with other world wonders. Gigantic schools of sardines meet the best equipped hunters: they come from the water, from the air and from the land.

The sardine run of southern Africa occurs from May through July when billions of sardines – or more specifically the Southern African pilchard Sardinops sagax – spawn in the cool waters of the Agulhas Bank and move northward along the east coast of South Africa. Their sheer numbers create a feeding frenzy along the coastline. The run, containing millions of individual sardines, occurs when a current of cold water heads north from the Agulhas Bank up to Mozambique where it then leaves the coastline and goes further east into the Indian Ocean.

In terms of biomass, researchers estimate the sardine run could rival East Africa’s great wildebeest migration. However, little is known of the phenomenon. It is believed that the water temperature has to drop below 21 °C in order for the migration to take place. In 2003, the sardines failed to ‘run’ for the third time in 23 years. While 2005 saw a good run, 2006 marked another non-run.

The shoals are often more than 7 km long, 1.5 km wide and 30 metres deep and are clearly visible from spotter planes or from the surface.

Sardines group together when they are threatened. This instinctual behaviour is a defence mechanism, as lone individuals are more likely to be eaten than large groups.